On the 22nd of April my dad and I were driving south on the M6, we were both exited and apprehensive of the weekend ahead. We had signed up to the OMM Lite Long score two weeks previously and with the short time frame to prepare I was anxious to how my body would hold up. The two hour journey gave us time to talk about our strategy for the event. We had learned a lot from out 2 previous OMMs in Swaledale and the Tweedsmuir Hills in 2015 and we decided to run both days and stretch our limits! 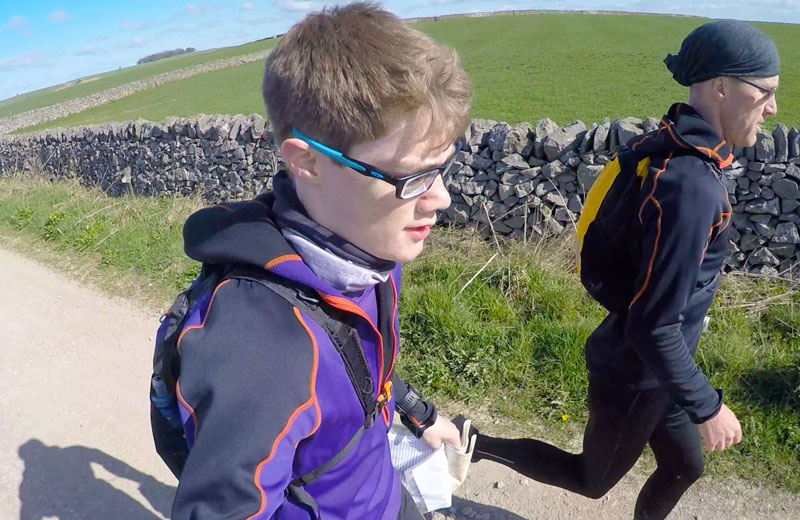 We arrived at the campsite in Parsley Hay at 8pm with the sun setting and decided to put up the tent first and then sign in and meet the OMM team who were very inviting and friendly. We collected our maps with the checkpoints on and got our Si dippers for the event. I quickly found the great bar and got a delicious Aberdeen Angus Burger and a Fanta and relaxed in the tent where the atmosphere was amazing everyone was so friendly and happy. 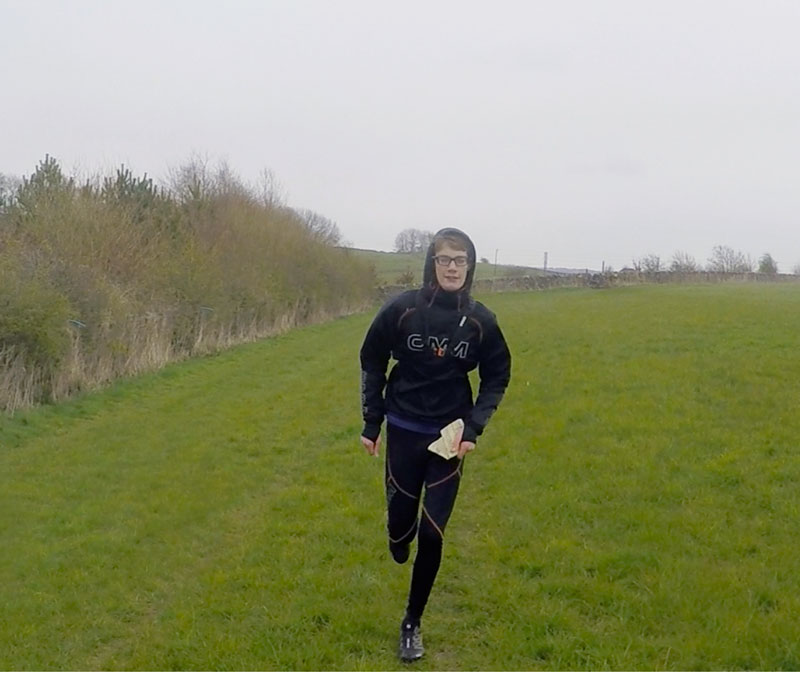 I turned in early to get as much as sleep as possible to be ready for the 7 hour run the next day. My iPhone roused me from my comfy sleeping bag at 7am, it was a cold morning with frost on the tent and a chilly breeze that forced me to wrap up. We were scheduled to set off at 9:04 so we had a more than enough time to get ready. For the event I used OMM leggings, shorts, T-shirt, contour fleece and a new pack the ultra 8, which I  was lucky enough to be given for the weekend, it’s fair to say I felt like an OMM ambassador! 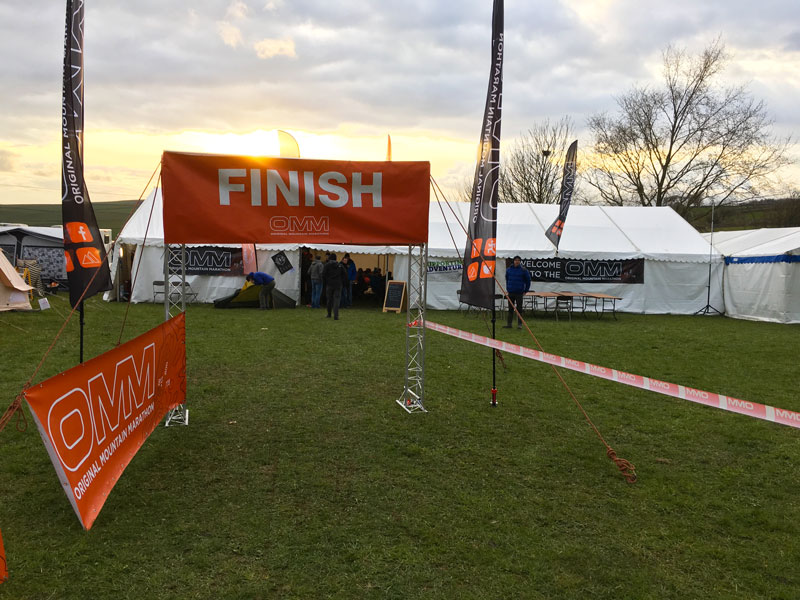 By 9am though the weather was brilliant with a temperature around 10 degrees, perfect temperature if you ask me. We collected the control sheet and took as little time as possible to circle the control points available and create a route for the day. 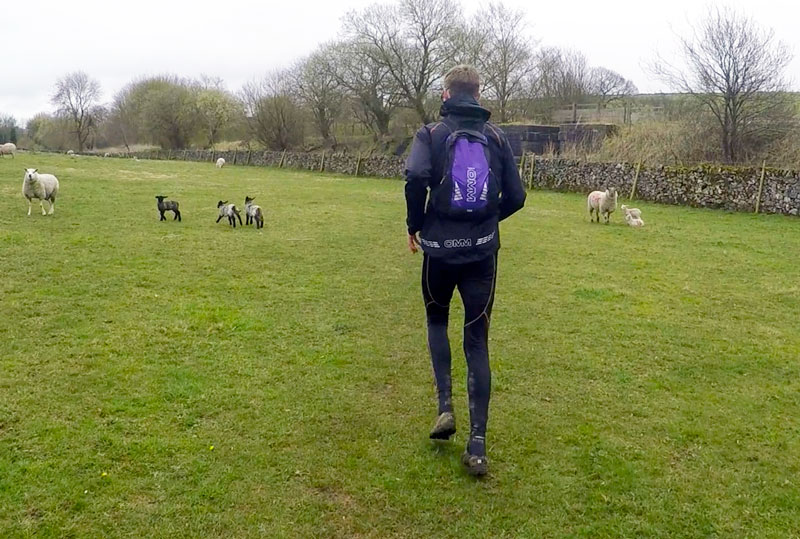 After 5 minutes we were jogging off southbound down the old disused railway, the initial pace was quite fast around 5 min/km and we picked up 2 control points on the railway. For the first 2 hours we ran well picking up another two and we decided to miss checkpoint 30 which in hindsight was the wrong decision but that is what these events are about. Around 13km we ran straight past a checkpoint and had to back track, this mistake added an extra 3km to a run. I was annoyed that we had made such a big mistake early on and this lowered my morale for the next hour or so. This had a big effect on our progress on our race as our km splits were 1 minute slower on average. It seems really silly and stupid now but at the time I could not get my mind off the error. This is what I like about these events, it pushes me mentally as well as physically and hopeful next time I could deal with the situation better and focus on the race ahead. We pushed on ahead and for the next 2 hours were going uphill and our pace slowed. We climbed back up to the railway from Alsop en dale and met a local on a bench having a great day watching the event. 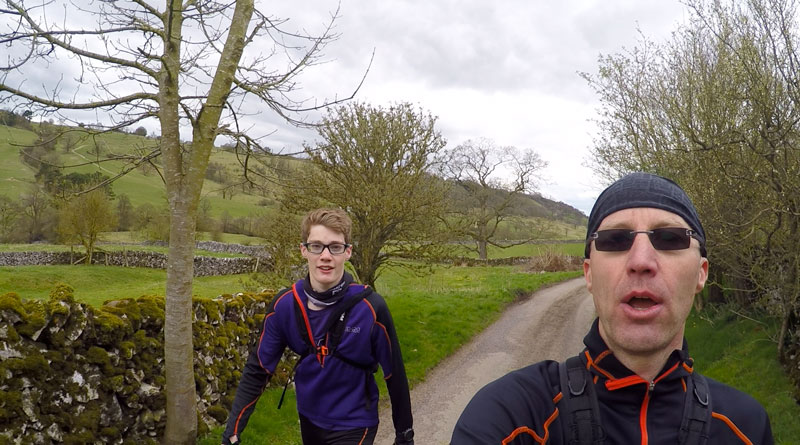 Two checkpoints later we jogged into Hartington, up to this point we had only seen two other competitors, but in this village we saw a lot of racers many of whom had ice cream or other treats. I did want one but neither of us had any money so we kept moving. By this time we had covered 30km and we had both run out of the 1 litre of water we had a while back, luckily we found a river and we drank and filled up our bottles. It was shortly after I hit another a low I calculated we had another 20 plus km and this seemed impossible to me at the time. My dad as always brought me round after 30 mins or so (sorry dad :P). We eventually managed to reached the northernmost point of the day at checkpoint 33, which was a sweet 50 pointer. Two more checkpoints of cramp and muscle soreness and were back in camp with 19 minutes to spare and 50km covered for the day, my first ultra marathon! 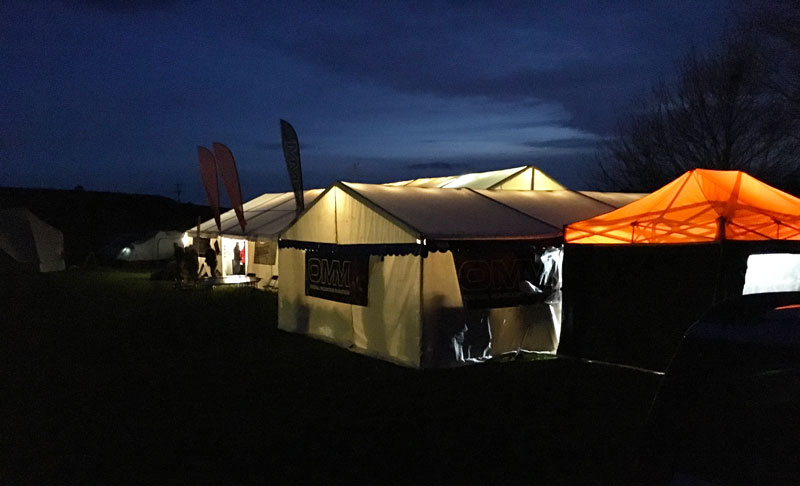 We got 5th on the first day – joint points with Johan and Kip, just they were quicker. I grabbed another burger and Fanta and relaxed in the tent. People were talking about their experiences from the day and many people seemed happy and enjoying a pint. I was pleased that day 1 was over and only 5 hours remained. 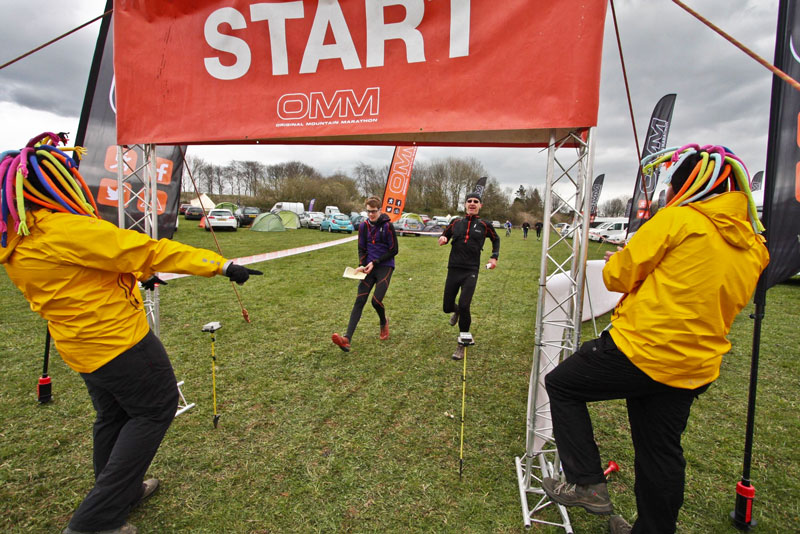 Day 2 was a 8am start and the weather was not quite as good as day one, the temperature was chilly and the tent was covered by frost when I woke up at 6:30. I scoffed down my breakfast and got ready for the day ahead. The food I used for both days was nature valley bars and homemade flapjacks that have a lot of calories! We set off just after 8am and again planned the route quickly and set of southbound down the railway. 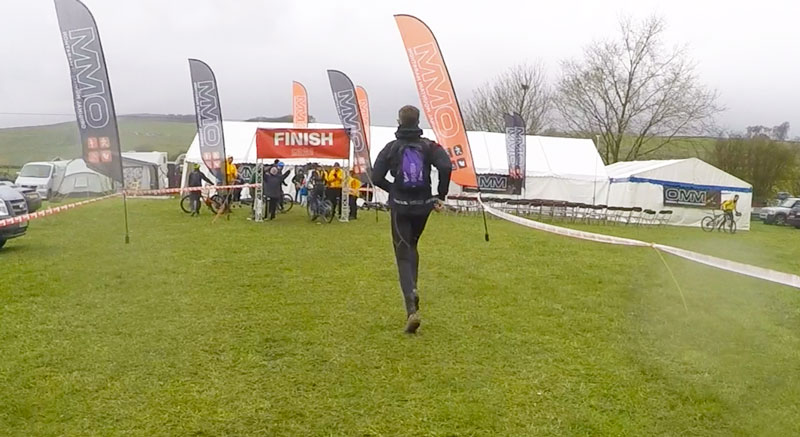 Just like the day before we started off at a good pace around 5:30 min/km, my legs however were sluggish to get going but they begrudgingly woke up and began to feel as normal they could be after yesterdays run. Two kilometres down the railway, we took an path to the left and followed the Easterly route picking up 5 checkpoints and coming across two guys that we had spoken to the night before. From checkpoint to 5-6 we were trucking along and I was feeling great. But as soon as we reached 6 I felt empty and had a flapjack, we slowed the pace a little along river Lathkill and struggled up a demon of a climb to Over Haddon. It was at this point that we realised that our planned route was too far optimistic and we decided to miss the outermost checkpoints. By now our average min/km had dropped to 7 and I was starting to falter. The accumulated milage had really taken it out of me and a jog was all I could muster as we descended into Monyash. I was still having a great time though and I was inwardly laughing at my suffering. Just now the weather decided it was time to rain which gave us a chance to try our new waterproofs – the Phantom Hoodie, an amazing piece of kit and it was just what we needed at the time. We pushed on toward the penultimate checkpoint. I was forced into walking from cramp in my hamstrings and we kept trying to jog but our bodies were not having it. We reached the old railway line and I knew then that we were on the homestretch with 25 minutes left. My dad as always seem fine which annoyed me a bit, how can this 50 year old be fitter than me?

We made it back to the camp with 10 minutes spare and I was happy with what we had managed to achieve. We graciously accepted the free meal which was perfect and was just what I needed, thank you to the catering staff for an amazing job. The event was tough but I like to believe that after everyone of these events I become more mentally resilient and able to deal with challenges that I come across in the future. 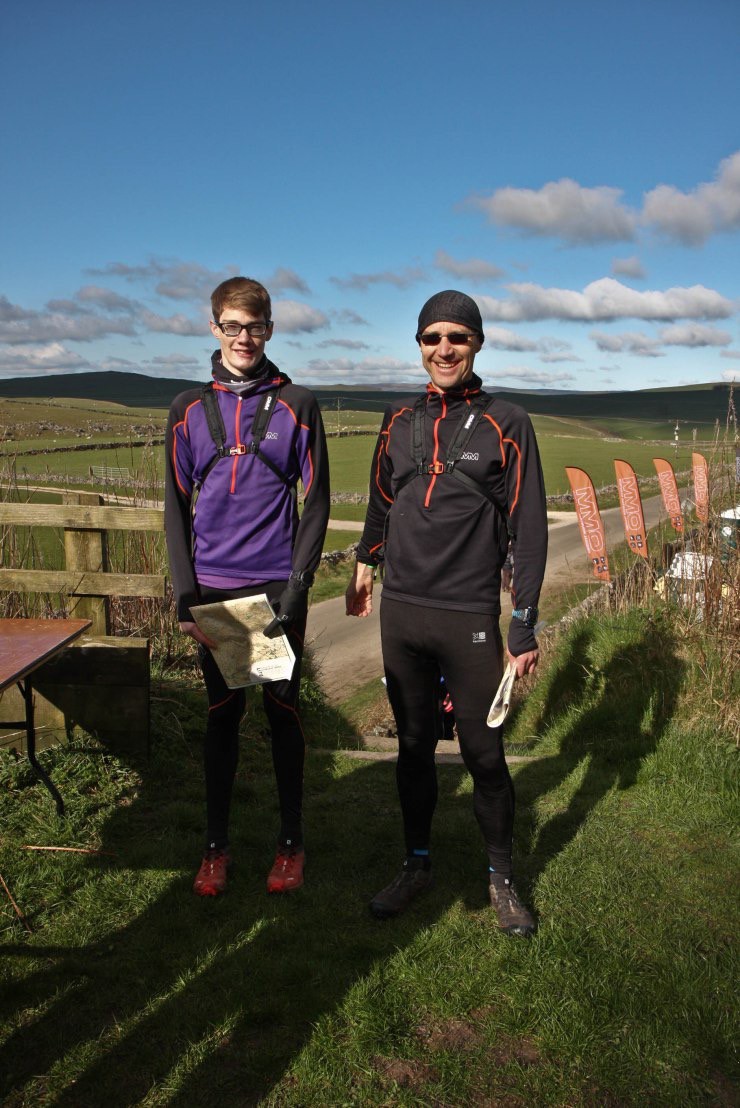 We finished 4th overall just behind Johan and Kip and we managed to win the family competition, with an accumulated 87km (54miles) travelled in both days I was shattered! I would like thank the event organisers for such an amazing event and making the atmosphere so friendly and inviting. The course was very cleverly designed, it had aspects that challenged everyone and it was great to hear peoples stories in the tent.

I would definitely recommend this event to anyone at any experience level, it suits athletes of all levels and is a great chance to learn and push yourself. I cannot wait for the next one in North Yorkshire.