For the majority of competitors, completing one OMM event is a huge effort and a remarkable undertaking, for those who have endured everything that the last weekend in October has to offer, one is never enough.

If you’re one of those people that has done enough OMM events that you’re well into double figures then you might have your sights set on the OMM ‘20 Year’ and ‘30 Year’ clubs. These special clubs, recognisable by their 20 and 30 Year club jerseys, symbolise a huge achievement. There are now quite a few competitors to have achieved such a milestone and this year will be the 49th edition of the OMM and also the 43rd OMM event for Wendy Dodds…just let that sink in for a moment for the incredible accomplishment that it is.

Wendy completed her first OMM, then the KIMM, in 1972 and since then she has completed a further forty-two events, missing only two: in 1982, she was in New Zealand and in 2003 when she was en route to Namibia…I think we’ll let her off! 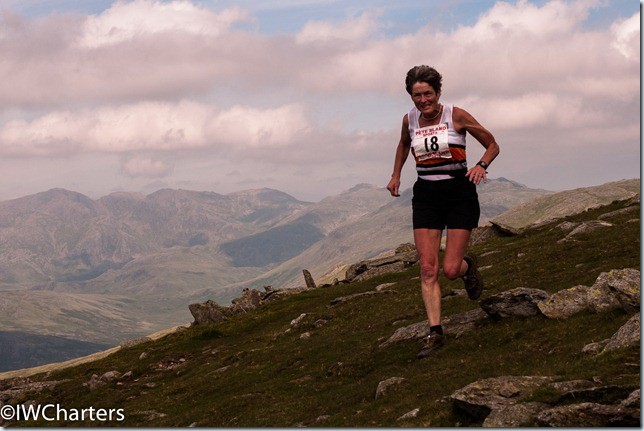 We asked Wendy what motivated her to enter her first OMM and what inspires her to come back each year?

W: In 1972, Val Pacey, a top orienteer, suggested we enter as no women’s team had ever done it (a women’s team started in 1971 but DNF). The start was at St Mary’s Loch in the Borders and we stopped and had a picnic lunch on day one. I took a spare pair of shoes, a toothbrush and a small towel – not my lightest pack, and I’ve never taking these items since!

I enjoy going to new areas with new navigational challenges; I’ve not won many running events, setting only a few race records over the years, so I make up for it by doing multiple events & setting ‘completion records’ instead! As the KIMM was my first mountain challenge I’ve had longer to ‘notch up’ my events.

With 42 OMM’s under her belt Wendy has completed the OMM during some of the toughest years to be seen:

W: “Memories – too many! I’ve been fortunate to have many good running partners and there have been lots of favourite years so it’s impossible to select a single one…although beating two top female (and younger) orienteers in the Elite at Rannoch was rewarding.

The one that did not go to plan: 2008 when we moved up to the Elite and arrived at the overnight camp before 3pm, only to learn that the event had been cancelled and, as a result, were not to be allowed to complete day two after having been through the worst of the weather! Of the Elite and A Classes I’ve done, they were all good, but I’m most pleased with a chasing start on day two on Arran. It must have been going well as we were less than an hour behind the leading men in A Class on day one. 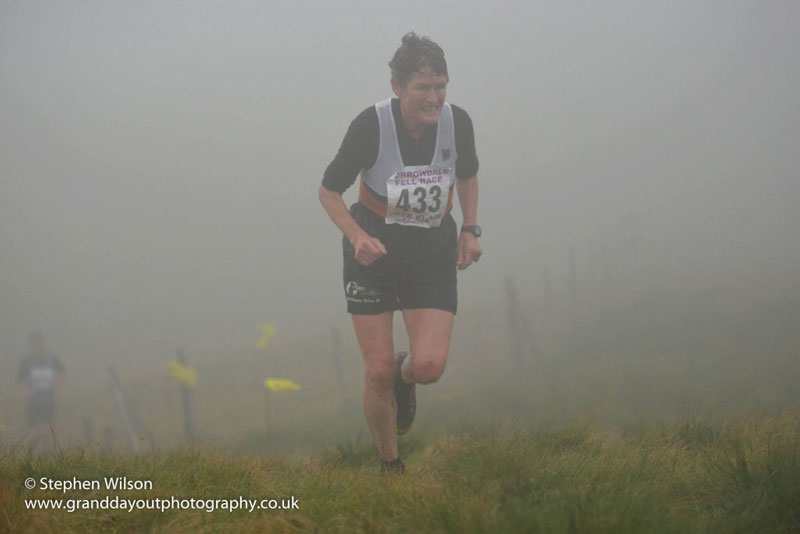 Wendy particularly enjoys the long distance fell races and being in the mountains. She also recently completed the Ultra Tour of Monte Rosa as part of a three-day race and with 42 OMM events under her belt she has more experience than most.

When asked what advice she would pass on to those starting their first OMM:

The most important thing is to select your running partner carefully. It is far more important that you get on with your partner and are psychologically suited than being physically similar. For this reason I would advise against finding a last minute partner unless you know them well enough to be sure they can look after you when you’re cold/tired/hungry. You have to be sure that you can do the same for them whilst also being at close quarters in a one-person tent.

More often than not, I have competed with far more able folk than myself and been carried along. Ideally you should go for some long runs together and practice your navigation together. It’s important to have a ‘game plan’ for how you share the route planning and navigation and kit needs to be a balance of light, warm and comfortable equipment, agreeing with your partner what you are taking. Good communication on the hill is important and it is important to keep checking your location in bad weather. When you get to the start, set off slowly so you get used to the map and navigation and above all enjoy the weekend! 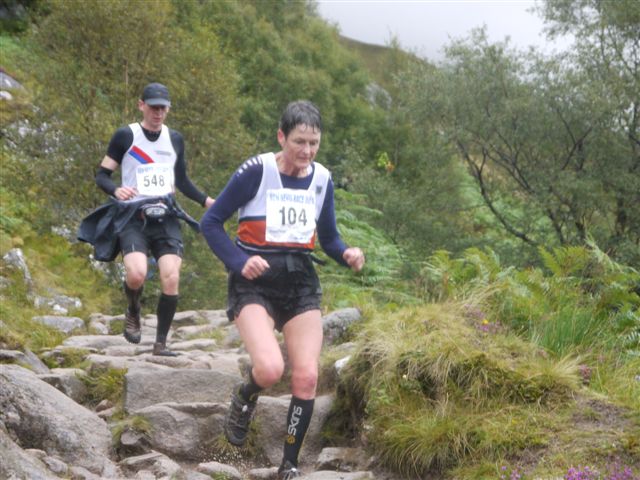 Thanks to Wendy for taking the time to talk to us, she certainly is an inspiring lady and has an incredible wealth of knowledge about the OMM. We look forward to catching up with her again at the Friday night pasta party in Glentrool.

See you all in October.