AN ULTRA-distance fell runner has raised £2,200 for the earthquake-stricken people of Nepal by completing one of the Lake District’s toughest challenges last weekend.

Fuelled by Jelly Babies, energy drinks and bananas, Tom Phillips, 51, of Dallam Running Club, finished the Joss Naylor Challenge comfortably inside the 12-hour time limit despite running into headwinds most of the way. 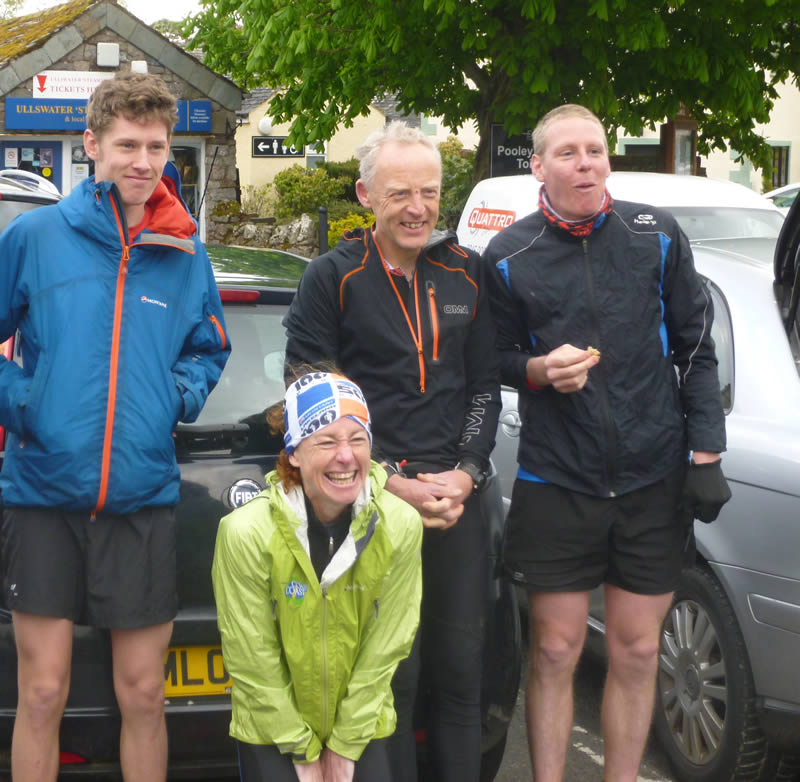 Tom, of Lancaster, set off from Pooley Bridge at 8am and covered 48 miles of mountain terrain, nearly 17,000 feet of ascent and 30 summits including High Street, Fairfield, Bowfell and Great Gable.

He reached the finish – Joss Naylor’s Wasdale home, at Greendale – 10 hours 48 minutes later, just one minute outside the course record.

„As soon as you start, you’ve got to focus on the running,“ said father-of-one Tom, who runs a web design company. „Because of the time allowance, you can’t do anything other than focus 100 per cent on every footstep.“ 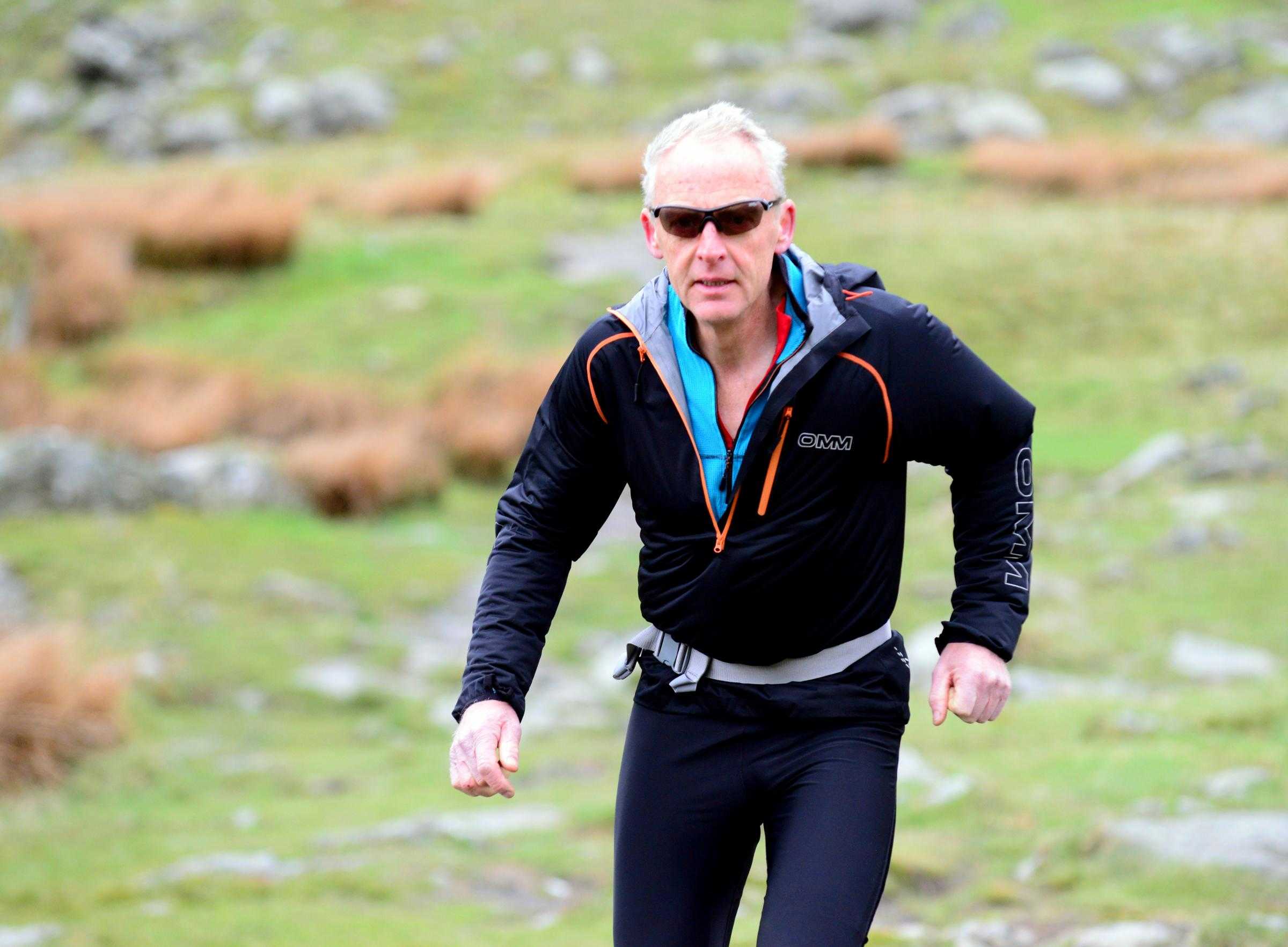 Tom was full of praise for his support team. „Fell runners are like that; it’s a really friendly sport. I’d like to give a special mention to Joshua Jardine from Dallam School. He is only 18 but he carried my kit, poles and drink on the first 20 miles of the day. 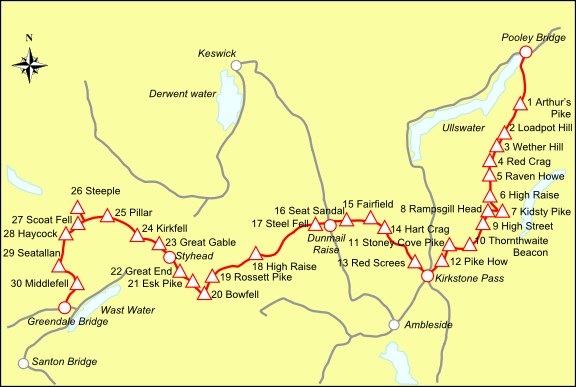 „Also Rachel Hill, Steve Rhodes, Andy Gibbons, Dave Swift, and van support from Penny Attwood and Phil Whiting. It was a real treat to run without any kind of pack, far less fatiguing.“

Tom recently ran into the record books as the first person to complete the UK’s big three 24-hour ultra-distance events in both summer and winter. The most famous is the 66-mile Bob Graham Round, which takes in 42 of the highest Lake District peaks with 27,000 feet of ascent. He also completed Scotland’s 56-mile Charlie Ramsay Round, with 24 summits including Ben Nevis; and earlier this year he set a new winter record time for the Paddy Buckley Round in Snowdonia, comprising 61 miles, 47 peaks and 28,000 feet of ascent.

To donate, visit www.justgiving.com/jossnaylorchallenge2015. Anyone who donates £10 or more before mid-June will be entered into a draw to win an OMM waterproof jacket.

On Saturday I completed this ultra running challenge. It stretched me to my limit as you are only allowed 12 hours and it took Joss Naylor (UK’s best know fell runner) 11 hours 40 minutes. With great support and fair weather I got around in 10 hours 48 minutes, only one minute slower than the fastest ever time on this route.
I am raising money for Community Action Nepal.http://www.canepal.org.uk/ to raise essential funds for the people of Nepal who have recently suffered from the earthquakes.

GET IN TOUCH: ARE YOU TAKING ON ONE OF THE MOUNTAIN RUNNING CHALLENGES?

If you are planning a Bob Graham or Joss Naylor or similar let us know, send us a report and pictures similar to this report and we’ll post it for everyone to read about.